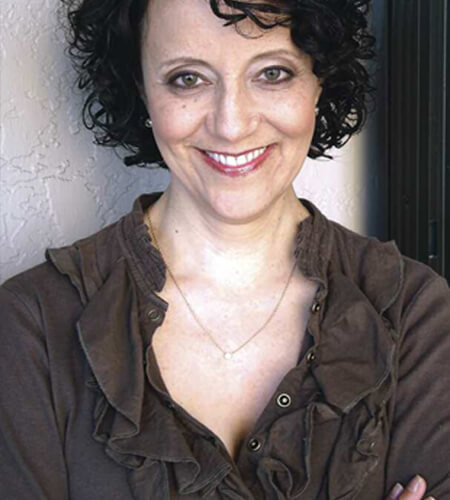 “Honestly, if I had to do it again, I would choose Dr. Khouri’s procedure without question. I am a very satisfied patient."

In March 2010 I was halfway through neoadjuvant chemo therapy and considering different options for reconstructive surgery. A few months earlier, I had seen the look on the first plastic surgeon’s face when I said I was Stage 3 and would need radiation. That double-take made me pause and wonder if implants, which were the initial recommendation, were the best option. A friend had mentioned an alternative method, using your own fat, which intrigued me. I was a little worried that I didn’t have enough fat because I am a relatively skinny woman.

I went to Dr. Khouri’s office and was immediately struck by his positive, energetic personality. He told me I had plenty of fat to use from the back of my thighs. I asked him about how radiation affects his procedure and he answered, “Radiation kills cancer cells and resident stem cells. Liposuction by needle will have the highest source of stem cells. Radiation depletes, liposuction replaces. Fat grafting is like planting seeds—BRAVA creates a scaffolding effect by stretching the skin, creating a larger field for the seeds, so to speak. The BRAVA is not easy to wear and takes a long time for the scaffolding to enlarge tissue-causing swelling. Then the fat graft is put in, therefore creating a breast. The basic concept: “Stretch it out, fill it. Stretch it out, fill it.”

I left the office feeling excited and overwhelmed at the same time. His assistant provided me with names of patients who had already been through the procedures. I went to see two of them and was impressed with the results. After speaking with my breast surgeon, it was determined that I would wait until after I had completed and healed from the radiation.

I went back to see Dr. Khouri a year later, almost to the day, and the first surgery was scheduled for June 2011. I was ready to start the process, having had a flat chest for over 11 months.

Wearing the BRAVA took some getting used to because I had to sleep on my back, something I rarely did because of nightmares as a child. I was very scared the first time I wore it but the BRAVA coach guided me by phone, and I got the hang of it pretty quickly.

A week before surgery I was wearing the BRAVA 16 hours a day and doing the pumping cycles four times every 24 hours. I’m not going to lie, the surgery was painful, but as Dr. Khouri predicted, it was the liposuction that hurt. Pain in the breast area was much less compared to my thighs. What was also surprising was that I bounced back relatively quickly while wearing the BRAVA 10 hours a day. Six weeks after each surgery, I was walking and doing my regular routine. I had four surgeries, one extra on the radiated breast to even it out with the breast that had no cancer. The second surgery, where fat was taken from my back, was quite painful. That said, I have to acknowledge that my back looks wonderful, and I have a terrific figure now. That is the present Dr. Khouri left me with: a body I’d always worked toward through diet and exercise but could never quite achieve.

Two months after my fourth surgery, I am fully recovered: swimming, running, taking bar classes, lifting weights, and enjoying my daily life. Autologous fat grafting is a challenge so if you are compliant and consistent as I was in wearing the BRAVA when you are supposed to, you will have excellent results. Dr. Khouri does his magic in surgery and the key to a successful outcome is to do your homework and wear the BRAVA.

Some days were a nightmare, and I would call the BRAVA coach who was patient with me and always had another suggestion. I also became friends with a few of Dr. Khouri’s patients and they gave me tips on dealing with certain issues, like how to treat blisters.

A friend recently diagnosed with breast cancer and considering a bilateral mastectomy asked me the other day why I had chosen this procedure over the others. I answered her in three ways:

I never seriously considered a flap procedure, be it TRAM, DIEP, GAP or TUG. All involve some type of removal of tissue from one area of the body to form a breast and frankly, it seemed much more traumatic.

When investigating implants, I learned that the chances of getting capsular contracture and breakage were greater with radiated tissue. Having skin that looks and feels noticeably thinner on the radiated side is further confirmation for me that implants would not have been a good option.

Autologous fat transfer is the only surgery that doesn’t involve incisions. Needle pricks from surgery fade away in less than three months, and my breasts are completely natural with feeling. I am definitely leaving less of a carbon footprint having gone through this process. Now that’s recycling!

Honestly, if I had to do it again, I would choose Dr. Khouri’s procedure without question. I have natural-looking breasts today and I even have light touch sensation, which is not possible with implants. Undoubtedly, I am a very satisfied patient.