The reconstruction of a breast using flaps is a complicated matter. BRAVA+AFT can make it easier.

We have evolved the traditional, surgically intensive, reconstructive techniques of flap transfer to a minimally invasive, regenerative tissue engineering procedure. A giant twenty-first-century leap into better care for patients with breast problems.The great joy of autologous fat transfer (AFT) is that these major problems are totally avoided. We’ve seen very few complications. The only notable complication is the need for occasionally grafting more fat (always as an outpatient procedure and sometimes even under local anesthesia). 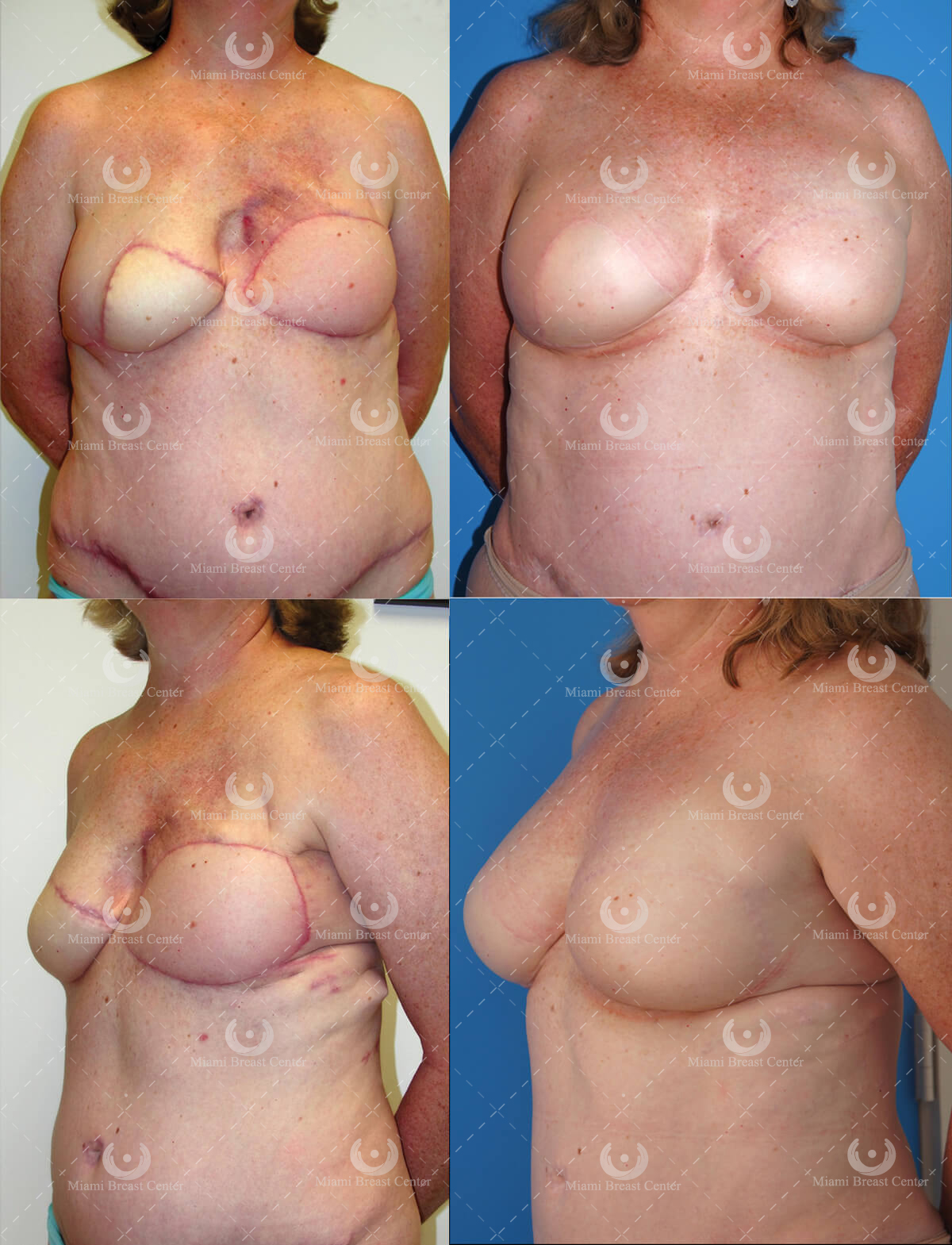 Fifty-year-old woman who had bilateral mastectomies with bilateral immediate reconstruction with DIEP flaps. Her left flap failed, and she was left with a large open wound in the chest that was eventually covered with a flap from her back (latissimus dorsi). She presented with persistent inflammation over the left chest that was covered with a patch-like flap. The DIEP flap in the right breast survived but lacked the definition needed to look like a breast.

After 3 BRAVA + AFT procedures we gave her a D cup, sensate, and soft left breast. We also performed a RAFT to improve the contour and the natural folds of both breasts.

The reconstruction of a breast using flaps is a complicated matter. Blocks of tissue (skin, underlying fat, and muscle beneath) can be raised and moved as long as the blood vessels needed to perfuse the transferred tissue remain functional. Flaps from the back and abdomen can be done in this fashion. Modern advances in flap surgery have incorporated the division of the tiny vessels providing blood supply and their reattachment to other vessels closer to the site where the flap is being moved through microsurgery. (DIEP, GAP, or TUG are examples of this microsurgery.)

Both of us have extensive experience in the flap techniques and have many hundreds of satisfied and grateful patients . . . but this is an invasive surgery that can last many hours with exposure to a variety of unfortunate results. The principal problem is failure of the blood supply, either through too long a distance to go, or in microsurgical techniques, clotting of the vessels that were reconnected.

These problems can result in partial or complete loss of the flap, leaving the patient with a ghastly result that’s often difficult or impossible to correct.