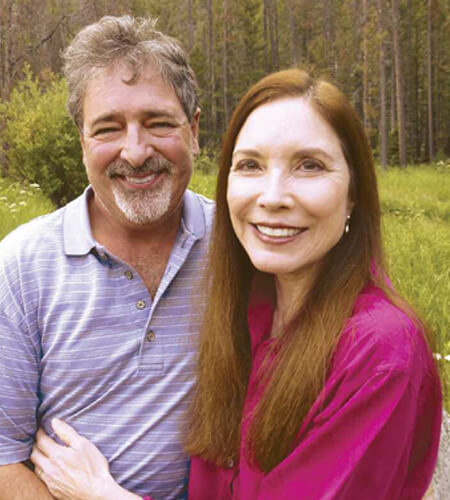 “Some of the nerves seem to be returning as well. Sensate breasts . . . I can't believe it! I am overjoyed!”

1958: Born that year, I was generally a healthy person until 1982 when I got married and was pregnant with my first child. The partial seizures were caused by what appeared to be a mass in my left temporal lobe. I took medicine for the seizures and got MRIs every six months to check the status of the mass. Fortunately, the mass never grew, but eventually the medicine stopped working when the unthinkable thing happened while driving a car: I had a seizure.

1998: The seatbelt broke ribs and damaged both of my saline breast implants. (I had breast augmentation a few years prior.) The right breast was quite disfigured, and it seemed that I might have a leak in the implant. So here I was needing to replace the implants as well as have brain surgery to cure the seizures. Talk about a double whammy!

1999: I received brain surgery in Rochester, Minnesota. I did not have a tumor—I had scar tissue. The surgery eliminated the seizure disorder, but the recovery was quite difficult and stressful. Due to extensive memory damage, I needed to learn how to speak and function normally while raising two children.

2003: Just when I thought I was finally healed and healthy, I was diagnosed with breast cancer in my right breast, exactly where the seat belt had impacted it. I have been told that there is no connection between the impact and the cancer, but I continue to severely doubt that. Though they do claim that all the stress may have been a factor.

I had a lumpectomy done by a doctor in Philadelphia. Radiation treatment and Tamoxifin followed. I had Stage 1 Ductal cancer that was hormone related but not genetic.

Six months later, I felt a lump on my left breast, and went to have it tested. It did not show up on a mammogram or CT scan, but it did show up on the MRI. Once again with Stage 1 cancer, I had a lumpectomy and radiation. Fortunately, all the lymph nodes had been clear.

2007: I noticed a pain and lump where the first tumor had been removed from my right breast. The cancer had returned in the exact spot it had been removed from before. Once again, the lump had not shown up on a mammogram or CT scan as it was quite small. Fortunately, the MRI picked it up. There were no lymph nodes involved, but their removal left a severe crevice in my underarm. It made it extremely difficult, if not impossible, to shave. Since I was still premenopausal, I was given Lupron® injections to put me into menopause so that I could take Arimidex® pills.

I was 5' 5" tall and weighed 143 pounds at the time. Tamoxifin had added 10 extra pounds to my normal weight of 133, which tumbled off right after I stopped taking it. But at the start of the new treatment, I wore a size 8 and had two C cups.

This time the only surgical course of treatment seemed to be a mastectomy of the right breast. But I had been through so many operations already that I thought it would make it easier if I removed both breasts at the same time and began the reconstruction process.

I was given two reconstruction options by a doctor in Philadelphia. One was to use fat from my buttocks to create the breasts. They said that only one buttock could be done at a time. That choice would require many surgeries, first to remove the fat from the buttocks, and then to have derriere implants inserted in the buttocks. I could not imagine ever feeling comfortable sitting again. I ruled out that option quickly.

The second option was to insert tissue expanders and move a back muscle, called the latissimus dorsi, to the front. When the skin was stretched enough, silicone implants would be inserted. This method also involved repeated visits to the doctor so that he could add saline solution with a syringe to the expanders. Then another surgery would be needed to place the final implants. I was already losing my breasts, I did not want to lose my muscular movements.

One doctor had told me that if I chose the option to move the latissimus dorsi forward, I would not be able to lift myself out of a chair when I was older and that I would be a lot weaker. I am fairly athletic and did not see that as an option. Nothing was appealing to me.

Then a breast surgeon in Philadelphia said he knew a plastic surgeon that would come in after the double mastectomy, place the tissue expanders in, and later exchange them with implants without moving the back muscles at all. Just simple implants. I thought that I could live with that especially since I already had saline implants for many years of my life. I could not imagine that it would feel much different. And so I made my decision.

Little did I know the vast difference in feeling between breast-enhancement implants compared to mastectomy implants. When all your breast tissue has been removed, the implants feel cold, hard, flat, and crooked with some weird crevices as well. I was told they would only look normal with clothes on, but even that was not true. Now I was a DD cup, cold, crooked, flat, dented, and I was in pain. It was awful! I even had to buy pads to make the breast area look somewhat normal with clothes on.

I was not a happy camper. The extra weight on my chest caused back problems. It limited my ability to run, as it was so painful that even with a bra on it hurt. I kept going to more doctors to try to fix the problem. Each time there would be slight improvements, but they were only temporary.

Finally, I went on www.breastcancer.org and noticed an article about Dr. Roger Khouri in Miami. His method sounded fascinating, though it did involve more than one procedure. Like most women, I had always hoped that the reconstruction would be a quick fix but that's really never the case. I was open to new ideas, especially if I could replace the implants with my own body fat. I was willing to give it a try.

I drove to Miami and met Dr. Khouri. He offered me two choices:

1. He could remove the implants totally during the first operation and add some fat. In that case I would need to use the BRAVA bra to expand my tissue properly.

2. My other choice was to put in smaller implants which involved slowly building the breast size up with fat. I would not need to use the BRAVA bra but later would need to have the implants removed fully and rebuilt with just fat.

I decided to do the implant replacement method. None of the procedures would require me to stay overnight at the Miami Breast Center.

The first surgery was in July 2011. Dr. Khouri put in smaller implants and transferred fat from my inner thighs. He told me ahead of time that the inner thigh was the most painful of the liposuction regions, and he was correct. I was in pain and black and blue for a month after that procedure, but the positive effects to the breasts were already enough for me to want to continue with more procedures. Already my breasts started feeling warm, and the weight was lifting off my shoulders. I wore the girdle on my legs for a few weeks until the bruising disappeared. My pant size dropped to size 6.

The second surgery was in October 2011. This very long procedure (approximately seven hours) again involved putting smaller implants in because he could not safely add enough fat to make me the appropriate size. More fat from the back of the legs and back was added. But this time after the surgery, I had some problems with pain under the breasts, underarm, and all the way down my right arm to the baby and ring fingers. I had to take a lot of pain medicine and do acupuncture treatments to make it to the next operation. Also, there was a large disfigurement to one of the breasts. Dr. Khouri reassured me that he could fix all of that. If I could not bear the pain, he would do something right away to fix that, but he would not be able to fix all the problems unless I waited at least three months to give the body's healing process time to work. So I decided to grin and bear it, as I believe in trying to do as much as possible in one operation, so that I can avoid having more of them. Again my pant size dropped to size 4.

The third surgery was in February 2012. During this process he completely removed the implants and filled the breast area with fat taken from my tummy and legs. One more operation would be needed to fill both breasts out to a more normal shape, and I would be done. So just about 4 months ago, I had the fourth and final operation at the Miami Breast Center. This operation was about three hours and involved taking more fat cells from my tummy and thighs. Since stitches were not required for this surgery, as it was only liposuction and fat transfer, the pain was minimal. I wore the leg and tummy girdle for four weeks.

For patients going through this, I recommend sleeping on your back with a pillow under your knees to help you sleep comfortably and to help avoid rolling over and crushing the breasts while asleep. I was also told by the doctor's assistant to take warm showers many times a day, aiming the water around the chest area to help the fat cells thrive. If I needed to wear a bra, it shouldn't be tight.

So far the results are fantastic, and I am in awe of what has been accomplished. The clothing size has shrunk to a size 2. Though that was never my goal, I certainly cannot complain. The bruising from the liposuction on my body has faded away.

If I had to do it over again, I think it may have been less painful to remove the implants during the first surgery and slowly build the breasts back up to size with more liposuction and use of the BRAVA bra. But there is no question that this method of breast reconstruction is the way to go. The breasts look and feel almost normal. Some of the nerves seem to be returning as well. Sensate breasts . . . I can't believe it! I am overjoyed!